Ozone water is an effective and safe disinfectant produced in an electrolysis process that enriches tap water with ozone – turning water (H20) into a liquid phase of ozone (O3).

This disinfection method has been tested and found to be effective in disinfecting various types of pathogens (bacteria, fungi, molds, yeasts, viruses) under the most stringent standards, in Israel and worldwide, to a strict efficiency level of 99.99%.

The material is safe to use. A safety sheet is completely safe (only zeros in the SDS), is non-toxic and reduces organic substances.

Without different solutions and substances – just connect to the cold water feed and the device is ready to use!

Ozone water is considered GRAS (Generally Recognized As Safe) and approved for direct contact with food by the FDA. 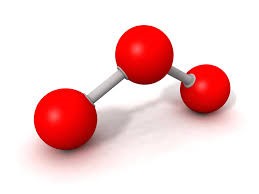 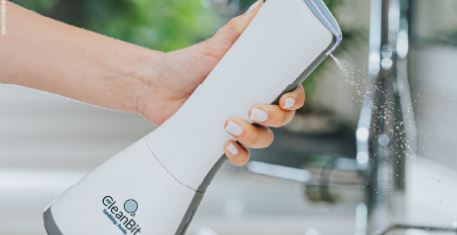 The advantage of disinfecting with Tersano’s ozone water

To contact our team of experts, call now and we will be happy to answer:

Safe and environmentally friendly disinfection and cleaning with ozone water

As a company, we work with a wide variety of clients in general (and many parents in particular) who do a great job by removing toxic chemicals from their homes. They want to keep doing even more, but they don’t know how – so they work with us. We advocate and apply ozone technology as a non-toxic cleaning option.

The cornerstone of this system is the use of liquid (or aqueous) ozone to replace toxic chemical disinfectants. Despite the many advantages of ozone water, it is perhaps the most misunderstood and questionable technology we use, mainly because of misunderstandings about ozone in general. Therefore, this issue has become an unnecessary concern.
In order to remove this concern from your heart, and to refute any concerns that may arise regarding the use of the product, we have compiled for you a list of frequently asked questions that we have received from customers with detailed answers and explanations

How safe is ozone water in disinfection and cleaning?

Liquid ozone is actually a strong oxidizer. However, this does not mean that it is corrosive or that it is flammable when it is in an aqueous state of aggregation (ie a water solution). When ozone water is used for commercial cleaning such as in factories or large places, and of course in private homes, the use is completely safe and will not harm the exposed skin. In fact, the ozone water may help to eliminate the bacteria that are on the hands themselves, due to the contact of the hands with the surfaces that must be cleaned. Therefore, there is no need to wear personal protective equipment such as gloves as is usually worn when using harsh, chemical-based cleaning solutions.

The main concern regarding ozone water tends to be around the operation of the device in which the water is sprayed, dissipates and turns into a kind of gas that melts at appropriate levels and is sprayed at a regulated pressure. (See Section No. 5 below). However, no one has ever died from exposure to ozone water, while every day someone dies from exposure to household chemicals. In fact, cleaners with asthma who use our product say that their breath stays perfect after working with them for an 8-hour shift, unlike the effect chemical cleaners have on their breath at the end of a shift.

Is ozone water used for disinfection harmful to asthma sufferers?

No. There is a lot of confusion between water ozone and atmospheric ozone. A high concentration of ozone in the atmosphere (when the ozone is in a gaseous accumulation state) indicates the coming of unpleasant days for asthma and/or allergy sufferers, but not necessarily because of the ozone gas itself. Atmospheric ozone is created by Mother Nature to try to break down air pollutants such as NOX, VOC, dust and allergens. Which means that on days when there is a high concentration of ozone in the atmosphere, it is actually produced naturally in order to combat high levels of, for example, VOCs in the air. Ozone gas is actually an indicator that there are other atmospheric pollutants in high concentration such as VOC, nitrogen oxides, dust and pollen, which are the main harmful factor affecting those suffering from asthma and/or allergy, but the fact that ozone gas is easier and faster to measure than the thousands of other air pollutants, is gets a bad reputation.

Atmospheric ozone gas which is produced by man, is often also produced by air purification generators and filters to neutralize and disinfect rooms such as operating rooms, hotel rooms and even houses that have been damaged by the weather. However, those who suffer from allergies and asthma should be careful about using atmospheric ozone gas in very high concentrations.

Detergents made from ozone water are quite different from detergents made from atmospheric ozone gas. Ozonated water creates ozone gas that is injected into water media, as opposed to ozone gas in the air. Because ozone is an “unstable” molecule, it is converted back to a gaseous state and reverts to oxygen faster than water vapor evaporates without gases. In this way, liquid ozone is a much better and safer alternative than chemical disinfectants, many of which are asthma triggers in themselves.

How does ozone water disinfection work?

Ozone is a molecule of three oxygen atoms (O3) which is unstable and will therefore quickly break down and create radicals with a high oxidation potential, or re-oxidation. This is what makes ozone a substance with very strong oxidizing and disinfecting capabilities. During oxidation, only one oxygen atom is used for the chemical reaction formed with hydrogen into OH radicals. In a way that does not harm humans at all, ozone quickly attacks and removes all the pollutants it comes in contact with. The oxygen reacts with the cell walls of bacteria and viruses in the same way as hydrogen peroxide and iodine, causing pores in the bacteria’s cell, which lead to its death. The oxidation also removes electrons from molecules, eventually rendering them inert. In this way, ozone kills the bacteria that cause odors, viruses that cause diseases, and breaks down biological material on surfaces that provide food for bacteria.

How much ozone do Clean Beat's ozone disinfection and cleaning solutions contain?

It varies according to the method of use and the type of manufacturer. This can be as high as 5 ppm (parts per million) or more for high volume industrial settings, but is typically around 2-3 ppm for most cleaning and remediation methods and uses. We keep the ozone levels in the water at reasonable levels to prevent gas emissions since the ozone levels in the air are monitored and regulated by the Occupational Health and Safety Director.

How long does the disinfectant last in ozone water?

Ozone in its aqueous form breaks down after about 15 minutes (depending on the temperature and quality of the water). Within 15 minutes half of the solution loses its strength, therefore after this stage aqueous ozone is used as a better solution for cleaning than for disinfection.

Will the ozone water leave a residue after drying?

Unlike chlorine, which always leaves a byproduct of oxidation or disinfection, ozone water will simply return to a gaseous state and evaporate.

How strong is liquid ozone in disinfecting and cleaning?

O3 is often compared to bleach and other chlorine products as they use many of the same disinfection methods. In light of the comparison, it is possible to examine and see that ozone water is used as a disinfectant that is 50% stronger than bleach products and disinfects 3,000 times faster than bleach.

In all the disinfection and cleaning methods that undergo supervision, the guidelines of the EPA (Environmental Protection Agency) direct us towards the use of disinfection products containing chlorine and ozone. For example, disinfection with chlorine 1 ppm (parts per million) under conditions of water temperature of – 15 degrees Celsius and acidity level – 7, requires a dwell time of 75 minutes in order for the achieved disinfection efficiency to be 99.9 percent. Assuming that the same conditions of temperature and acidity level are considered, a concentration of 1 mg per liter of ozone water achieves a disinfection efficiency of 99.9% in only 57 seconds. When examining the water sample for this comparison, the parasite “Giardia” was used – because its properties become one with it of the most difficult microorganisms to destroy.

How can liquid ozone be produced?

Ozone can be produced in water using an electrolytic ozone generating cell, or through “corona discharge” (a term from the field of physics that refers to the process of electrical discharge caused by the ionization of a liquid such as air surrounding a conductor carrying a high voltage) and dissolving the products in water using an ozone injection system. Smaller systems or systems with pure water can use an electrolytic cell. All large and industrial systems will use an ozone generator using a corona discharge process and an injection system.

Ozone has many uses at home and commercially and industrially. So far we have talked about cleaning with ozone water. There are many other processes not related to cleaning that make extensive use of ozone all over the world. Ozone is also used in private domestic processes such as laundry and dishwashing, but the most use is made in commercial or industrial settings. Ozone generators were used in public and private pools as a means of disinfecting the pool water. Similarly, in some aquariums ozone is used to keep the water fresh and free of unwanted germs. Another important use is air purification. As an oxidizer, ozone attacks the bacteria at the cellular level, killing them and their aerobic activity – which causes the cause and potential areas for contamination on surfaces.