Clean-Bit Co. is the exclusive distributor in Israel of the system that operates using the binary ionization technology (BIT). It can be used for a wide array of disinfection purposes and opens the doors of Israeli food plants to you.

The Israeli food industry is extremely diverse. It offers an infinite number of foods and flavors. Every day, new dishes arrive from other continents, bringing new spices and aromas we have yet to experience.

Alongside the industry’s innovation and development, company owners do their best to maintain absolute sterility and cleanliness in their plants. However, food offers an ideal environment for spawning bacteria and germs.

The end-customer is unaware of the industry’s everyday responsibility for preventing germs. The plant owners collect samples and cleanse the plant using materials that eradicate and prevent them from recurring.

The most troubling/worrisome fact is that from day to day the germs develop resistance to the materials commonly used for cleaning and disinfection in food plants. The moment the germ “settles” on the food, it cannot be distributed to consumers. This involves a very large financial investment, and so the germ prevention stage must be foremost on | at the top of the manufacturer’s priority list. Unfortunately, however. some plants appear in the headlines on a daily basis. The public is asked to return these products to the shops, and they then return them directly to the plant.

Moreover, many cases are not revealed to the public in order to prevent financial and media damage. In recent years, Israel’s Ministry of Health has reported some 13 thousand cases of poisoning from germs transmitted in the food we consume. There are infinite guidelines and recommendations on how to lower the risk, but the moment the product leaves the plant in this condition, the risk is great and may be fatal to the customers’ health. 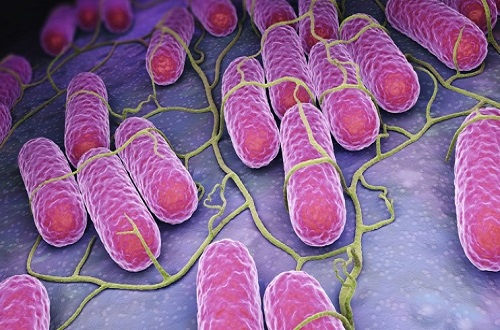 Truthfully speaking, this germ is so common that hardly anyone has not heard of it or contracted it. A (not very) small figure states that over 16 million people worldwide contract this germ every year, and around half a million are severely affected. Around 450 people die of salmonella every year.

The salmonella germ usually comes from animals, especially poultry. In most cases, the germ is found in raw food, including eggs, milk, cheeses (unpasteurized) and meat. The risk of contracting salmonella rises when the food is not cooked properly.

The Ministry of Health website notes that Senftenberg W775 salmonella is 10-20 times more resistant to heat and can sometimes be found even in pasteurized milk. Freezing or refrigerating do not destroy the germ, and even at 10 degrees centigrade it may continue to develop slowly (read the entire article).

Surprisingly, the Center for Prevention of Diseases and Infections discovered that salmonella is also common in cucumbers, pistachio nuts, alfalfa seeds and peanut butter.

Important note! At home, dishes, cutting boards, knives and anything that has come in contact with raw meat, including hands, must be washed thoroughly.

The salmonella bacterium penetrates the intestines and is liable to cause such symptoms as diarrhea, nausea, stomach aches, high fever, vomiting etc.

Another germ that is quite common in the food industry is campylobacter.

The good news is that this germ only causes slight symptoms in healthy people and, in most cases, treatment does not require anything beyond drinking large amounts of liquids as long as the symptoms persist. The bad news is that it may be aggressive, and even fatal, to infants, elderly people and those with a weak immune system.

Important facts
Each year, 1 out of 10 people contracts the campylobacter germ. Similar to salmonella, it is common in cattle, poultry, goats, shellfish and even in pets such as dogs and cats. The germ is transmitted via water, ice, unpasteurized milk and raw meat.

Unfortunately, several strains of campylobacter now exist that are resistant to antibiotics. When the resistant strain attacks the body, the battle and the treatment become more complicated. The disease may last longer than usual and be more severe. Implications are not only for the patient but for his surroundings. Beyond the high cost of treatment, it also constitutes a public health hazard.

How do antibiotic-resistant campylobacter strains spread?

The resistant germ develops mainly in poultry and is transmitted to humans when the chicken is not properly cooked before serving.

Campylobacter, too, penetrates the intestines and may cause symptoms including diarrhea, severe stomach ache, accompanied by nausea and a fever for 3-5 days. 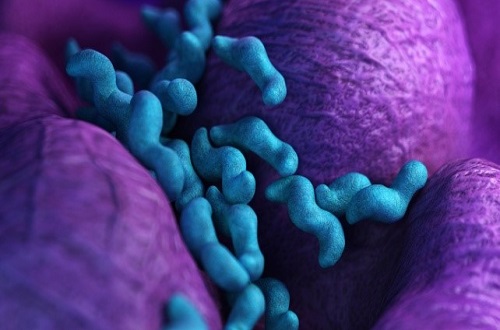 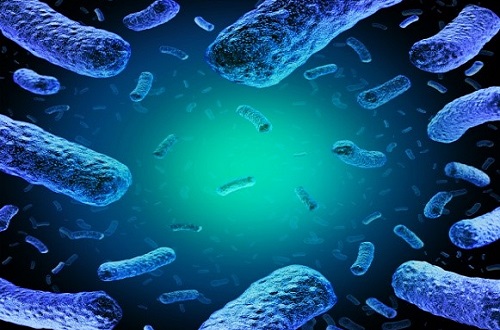 Let’s now move on to the last ”lovely” germ, Listeria.

We always used to think that it is common in developing countries where water, and even animals, are contaminated. Indeed, it is more common in these countries but has made its way to developed countries as well, where medicine is advanced and the population is well-aware of cleanliness and sterility.

Let’s mention a case publicized on Dec. 12th, 2019. The American food company, Almark Foods, which supplies various products made with eggs (hard-boiled eggs, egg salads, colorful Easter eggs etc.) declared a recall (read the entire article) on the hard- boiled eggs it had sold to food chains and grocery stores. Suspicion of the listeria monocytogene germ arose in one of its production plants. Following the news, many food stores were forced to remove this company’s products from their shelves and refund the many customers who had bought them. Additionally, companies that serve the company’s egg products in their employees’ dining rooms were also forced to stop serving them on employees’ plates in order to prevent the germ from spreading.

Unfortunately, the listeria germ caused a great deal of harm: 7 people were infected, 4 were hospitalized, and one patient in Texas died.

Listeria monocytogene is not resistant to cooking at high temperatures.

One must remember that the effects of these germs on healthy people are usually relatively negligible. Some will feel sick, have diarrhea, and/or vomit, and that’s it. However, if the sectors mentioned above (i.e., infants, the elderly and people with a weak immune system) were to catch the germ, its effects could cause irreversible harm and even death.

One must make sure that any food ingested must first be cooked at very high temperatures; these usually do not allow the germ to develop and ultimately destroy it.

We still have a long way to go before we are able to prevent bacteria from endangering patients; until then, Clean-Bit Co. has widened the range of options available to prevent the next infection.

The SteraMistTM system manufactured by TOMI is a disinfection system that destroys germ cells and other pathogens. SteraMistTM technology was developed by DARPA (Defense Advanced Research Projects Agency) for the U.S. military during the anthrax attack in the 2000s and has recently been introduced to the private sector in the U.S. and is now coming to Israel and the Middle East.

The disinfection method relies on the binary ionization technology (BIT) principle based on 7.8% hydrogen peroxide, is environmentally friendly and adapted to medical and technological equipment and many other types of materials. The disinfection is easy to operate, very simple and fast, does not cause corrosion, and is suitable for closed spaces, surfaces and hard-to-reach places.

Clean-Bit Company – the exclusive distributor of this technology in Israel In 2018 the technology was registered by the FDA.

In 2019 it obtained the Israeli Ministry of Health permit for medical devices and instruments. 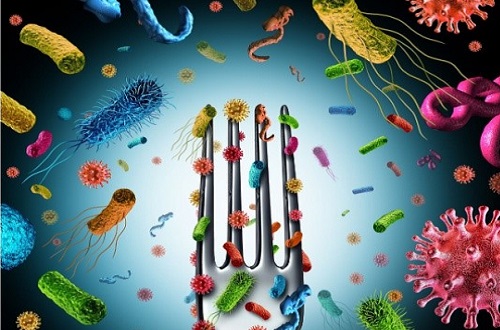